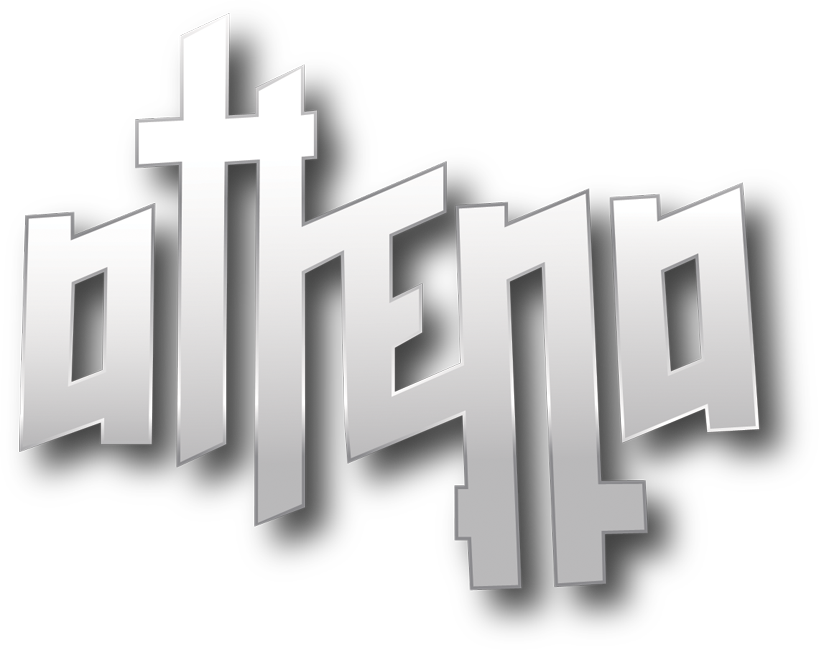 Athena Rock Band is based in Atlanta, Georgia, USA

Our album CD’s and bonus song were recorded at John Keane recording studios located in Athens, GA. This is an amazing place to record anything, with absolute State Of The Art recording equipment using Pro Tools soft ware.

Pray for the Dead

Protector of the Arts

Hey, Athena fans. If you missed Athena Rocking Terrapin BrewerySept. 21st, from 5 to 8 PM, here is a video of the show! Terrapin is a family-friendly taproom where you can enjoy all of their Craft beers and live music. Athena will be performing songs from their two-album CD’s, “Escape To Athena” and “Protector Of The Arts“, along with music from their third unreleased album. The show begins at 5 PM. Then at 6:30 PM, Athena’s second set will be filmed by Atlanta Video, Inc., with a full video production crew. Come enjoy Athens freshest BREWS and come be part of the show and rock with ATHENA, IN CONCERT.

Athena is working to produce the best product possible product for our audience. Our Live Performance Video above is an edit of a 67-minute original material set, from songs from both album CD’s, and our third album currently in production. We wish you were there. The audience was captivated. There are very few musical groups these days with the balls to go out into the public and play original rock music that most have not heard, and Rock The Night Away. Some will laugh. Some will cry. Everyone who listens will be touched in some way. We promise. Stay tuned. Film @ 11. There is more on the way.

Hey, Athena fans. If you missed us at the Athens Saucehouse last week, then please come and join Athena at Terrapin Brewery, 265 Newton Bridge Road, Athens, GA. 30607, Sept. 21st, from 5 to 8 PM. Terrapin is a family-friendly taproom where you can enjoy all of their Craft beers and live music. Athena will be performing songs from their two-album CD’s, “Escape To Athena” and “Protector Of The Arts“, along with music from their third unreleased album. The show begins at 5 PM. Then at 6:30 PM, Athena’s second set will be filmed by Atlanta Video, Inc., with a full video production crew. Come enjoy Athens freshest BREWS and come be part of the show and rock with ATHENA, IN CONCERT.

On August 30th, Athena Rock Band will be in concert at the Saucehouse Barbeque, 830 West Broad Street, Athens, Ga. 30601, in the Beer Garden Court Yard. Athena will be performing their original songs from their first two albums. In performance, Athena will include Moonlight, currently on their 2nd album “Protector Of The Arts” which is taken from the Vanilla Fudge album “The Beat Goes On”, “1968” featuring Beethoven’s Moonlight Sonata & Fur Elise. This song is penetrable, allowing the music to pass through, bringing Progress Rock music to a new level. Hat’s off to the Vanilla Fudge for creating an amazing display. You guys ROCK. Athena will also rock in the Beer Garden courtyard. See you in Athens.

The Saucehouse has great food and is the first Fast Casual and Customizable BBQ restaurant in the entire country.  Come have a great meal first, then drink and ROCK WITH ATHENA, outdoors in Saucehouse Beer Garden Courtyard.

In concert, ATHENA will be performing their original songs from the first two albums,

“ESCAPE TO ATHENA” and “PROTECTOR OF THE ARTS” and music from Athena’s 3rd yet unreleased album CD, “BRINGER OF THE OLIVE BRANCH.  Some will laugh.  Some will cry.  Everyone who listens’s will be touched in some way!

Athena album CD’s are available where ever music is sold, including Wuxtry Records in downtown Athens. See you in Athens.

Athena is a featured Spotlight Artist on AirPlay Direct. Check it out at http://www.airplaydirect.com

Our current videos were recorded in front of Green Screens, at Atlanta Video, Inc., located in the Little Five Point area of Atlanta, Georgia. This was an amazing project that we’ll do again in the future. Also is the works is a Viral Mix of the Videos. A crazy project for sure that Athena band members are not sure what the final result will be, but Athena will let you know.

Athena at Saucehouse BBQ Athena had a terrific performance Friday night at the Saucehouse in Athens. Next up Terrapin Brewery Sept. 21st. Stay tuned for details

The Athena video Shoot was Completed on Sept., 1st, 2018 at Atlanta Video Inc. This is in Little Five Points area, Atlanta, Ga. close to the Variety Play House. The company is run by William Brown. He is an Emory video techniques Professeur. It was Athena’s first updated video project. This was done […]

Protector of the Arts Photo Shoot

Protector of the Arts CD

Athena will also perform cover songs depending on the venue’s needs & requirements.

Athena Rock Band is currently based in Atlanta,GA. USA. We can perform anywhere in the country and world. Our album CD’s have been sold all over the USA and many European countries.

Athena band members come from all walks of life with very diversified backgrounds. Athena and member bios are located on the website, athenamusic.rocks and www.athenarockband.com All five members are highly trained musicians and vocalists. Athena band members common goal is to play and perform Progressive Rock Original Material, in the studio and before live audiences.

Tina Presley Tina Presley was born in Ohio and moved to Georgia in 1984. Her Mom and sister used to sing together, and somewhere along the way, she decided to give it a try. She enjoys singing and grew up with old country tunes and performers. Tina also enjoys blues, classics, etc. Original Progressive Rock […]

Gregory Voloshyn Was born in Ukraine. Thanks to his older brother, he started playing the guitar. From the age of 15, he played in a band with his school friends. Because of the lack of bassist started playing bass guitar. All these years he played in completely different groups of music. In 1996 he moved […]

Brian McDaniel (aka McRock): Growing up in Atlanta, Georgia, Brian started playing guitar at 10 after torturing his parents with drums as a small child.  He got his first electric for his 11th birthday and by the time he started high school at 13 he was playing shows in his first band.  By 14, Brian […]

John Andrus grew up in New York. Being in the music business, his father was able to find excellent professional music teachers and at a very early age, John began taking Hammond organ lessons and learning classical music. While in High School, he began drum lessons and played in the marching band. He learned to play […]

Richard Roarabaugh was born in New York, NY, but was raised in Columbus, Georgia. He lost his father to cancer when he was 13 years old. Richard had a strong love for music and a desire to become a drummer. That summer, his mother bought him his first set of Ludwig drums. He was hooked […]

We are recording artists with two album CD’s available on Amazon, I-Tunes, Spotify, Melodic Revolution Records, (Orlando, FLA.), and where ever music is sold. Our first album is called Escape to Athena. That’s the one with the Blue Cover. Our second album is called Protector Of The Arts. That’s the one with the Parthenon on the cover. Our first album sale of Protector Of The Arts was from a Moscow resident. Athena also has a bonus song called “Pray For The Dead“. Our original music is Progressive Rock. Our lead vocalist is female. The distributor for Athena Rock Band is CD Baby, (www.cdbaby.com.

Athena began years ago, emerging from an Atlanta Cover Band called ARMAND ROAD. Armand Road, was named after the road we lived on in Atlanta, Ga. Athena’s founder and Keyboard player John Andrus played drums in Armand Road. Before Armand Road, John Andrus played drums for a band called “The Sound”.  Armand Road had several multi-instrument members. Armand Road did experiment with original songs. One in particular called “TRI-AMBLE”. That needs to be revisited. Armand Road played colleges, apartment complexes, and clubs all over the southeast. Some included multiple weekend gigs hundreds of miles apart making for some very tired weekends. Growing out of “ARMAND ROAD”, John Andrus created ATHENA. Athena was the legendary fictional goddess. She was a facilitator of music and arts. Athena was the “Protector Of The Arts” and the “Bringer Of Olive Branch”. That is the way the name ATHENA was chosen. No one knows for sure what happened in Athens way back when. The only thing for certain is that something, or some combination of events occurred to create this and other amazing legends.

Athen Rocking Terrapin Hey, Athena fans. If you missed Athena Rocking Terrapin BrewerySept. 21st, from 5 to 8 PM, here is a video of the show! Terrapin is a family-friendly taproom where you can enjoy all of their Craft beers and live music. Athena will be performing songs from their two-album CD’s, “Escape To Athena” […]